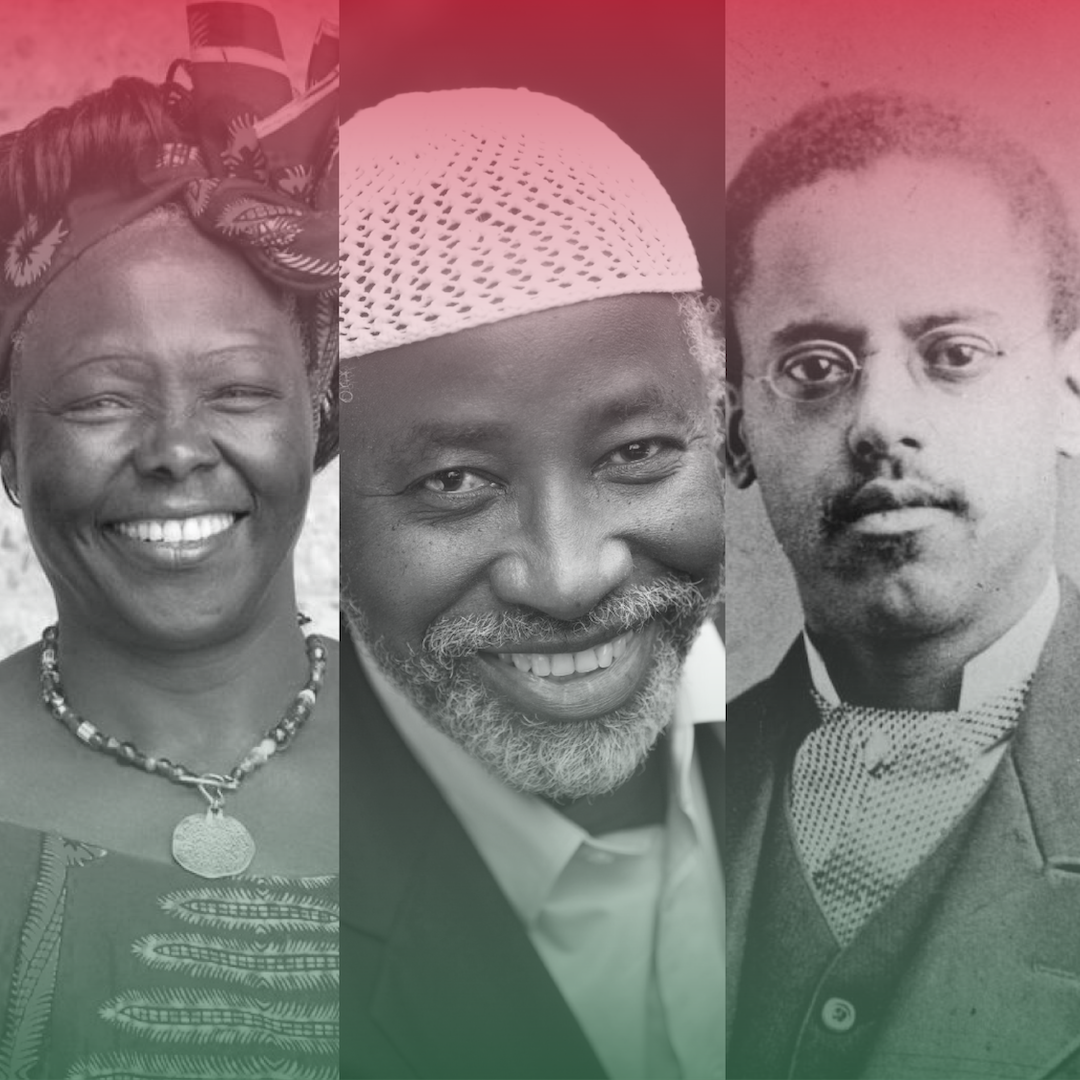 In kicking-off our month long celebration of black innovators, we will be featuring three individuals who have made massive, awe inspiring contributions to energy, environmental conservation and sustainability. These passionate innovators, as with many minorities leaders, have often been overlooked in a historical context. Lewis Latimer invented a lightbulb that surpassed Edison's design, Dr. Wangari Maathai empowered millions of women across Africa to combat deforestation, and Dr. John Francis inspires generations by walking the planet without the use of motorized travel. Read on to be inspired by these incredible individuals and learn how we might continue their important work to make a brighter, cleaner and more equitable world.

This February, as we celebrate Black History Month, let's not forget about one of the most brilliant minds of the nineteenth century - Lewis Latimer. A self-taught inventor and engineer, Latimer was responsible for some of the most important advances in American technology during his time. He is best known for his work on the electric light bulb, but his contributions to science and industry went far beyond that one invention.

“Like the light of the sun, it beautifies all things on which it shines, and is no less welcome in the palace than in the humblest homes” –

What do you think of when you hear the name Lewis Latimer? Maybe you don't know who he is, but if I said, "inventor of the lightbulb," then you would probably have a good idea. That's because Lewis Latimer was one of the most important African American inventors in history. He developed new techniques for manufacturing electric lamps, which helped make them more affordable and accessible to people all over the world. In honor of Black History Month, let's take a closer look at Lewis Latimer and his remarkable legacy of light.

Born in Chelsea, Massachusetts, on September 4, 1848, Latimer was the youngest of four children born to George and Rebecca Latimer, who had escaped from slavery in Virginia six years before his birth. Captured in Boston and brought to trial as a fugitive, George Latimer was defended by abolitionists Frederick Douglass and William Lloyd Garrison. He was eventually able to purchase his freedom, with the help of a local minister, and began raising a family with Rebecca in nearby Chelsea.

As a 16-year-old he enlisted in the United States Navy and began to teach himself technical drawing. He returned to Boston after receiving an honorable discharge in 1865 and began working for Crosby Halstead & Gould. Latimer began his career as a clerk earning $3.00 per week, but in his spare time he honed his drafting skills until he qualified for blueprint work. In 1874, Latimer patented his own invention, a pivot bottom for trains' water closets. He was promoted to head draftsman, earning about $20.00 a week (the equivalent of approximately 22,500 in today's money). In 1876, a teacher for deaf children recruited Latimer as a draftsman. In order to obtain a patent, the teacher asked Lewis to draft the necessary drawings. That teacher was Alexander Graham Bell, and the device was the telephone.

In 1880, after moving to Bridgeport, Connecticut, Latimer was hired as the assistant manager and draftsman for U.S. Electric Lighting Company owned by Hiram Maxim. Maxim was the chief rival to Thomas Edison, the man who invented the electric light bulb. Latimer set out to make a longer-lasting bulb by devising a way of encasing the filament within a cardboard envelope which prevented the carbon from breaking and thereby provided a much longer life to the bulb and hence made the bulbs less expensive and more efficient. This invention enabled electric lighting to be installed within homes and throughout city streets. Under Maxim, Latimer patented the threaded wooden socket for light bulbs and supervised the installation of the first electric streetlights and electric plants in New York City, Philadelphia, Montreal, and London.

In 1890, Latimer, having been hired by Thomas Edison, began working in the legal department of Edison Electric Light Company, serving as the chief draftsman and patent expert. In this capacity he drafted drawings and documents related to Edison patents, inspected plants in search of infringers of Edison’s patents, conducted patent searches and testified in court proceeding on Edison’s behalf.

Later that year wrote the world’s most thorough book on electric lighting, “Incandescent Electric Lighting: A Practical Description of the Edison System.” He had the distinction of being the only African American member of “Edison’sPioneers” - a distinguished group of people deemed responsible for creating the electrical industry.

Lewis Howard Latimer settled in Flushing, New York, and lived there until his death in 1928. Latimer’s house, where he lived from 1903 to 1928, still stands in Flushing, and is open to the public as the Lewis H. Latimer House.

Lewis Latimer was an important black innovator whose work deserves to be remembered. If you’d like to see his original patent, visit https://patents.google.com and take a look at document #US252386.

We think it will inspire you as much as it did us!

Did you know the first African to be awarded a Nobel Prize was a woman? Dr. Wangari Maathai is known for her environmental advocacy as well as her work in women's rights. To honor Black History Month, let's examine her life and accomplishments.

Maathai was born on April 1, 1940, in the village of Ihithe, near Nyeri, in Kenya's central highlands. In a time when Kenyan girls were not educated, she attended school at her family's insistence. As part of the Kennedy airlift in 1960, she attended the University of Kansas, where she earned a bachelor's degree in biological sciences. In 1966, she graduated from the University of Pittsburgh with a master's degree. Soon after, she returned to a newly independent Kenya and enrolled in the School of Veterinary Medicine at the University of Nairobi. She became the first woman in east and central Africa to receive a doctorate in 1971. At the university, she also became the first woman to chair a department and be appointed a professor.

Maathai became active in a number of environmental and humanitarian organizations in Nairobi during the 1970s, including the National Council of Women of Kenya (NCWK). She learned about the deteriorating social and environmental conditions facing poor, rural Kenyans, particularly women, through her work representing women academics in the NCWK. The women told her they did not have enough firewood for cooking or heating, that clean water was scarce, and nutritious food was scarce.

Prof. Maathai suggested that planting trees might be a solution. Besides providing wood for cooking, fodder for livestock, and fencing materials, they would protect watersheds and stabilize soil, therefore improving agriculture. It was at this time that she began the Green Belt Movement.

In an interview with People magazine, Maathai explained that women needed an income and they needed resources, which were depleting. "So, we decided to solve both problems together."

However, not all agreed with Maathai's actions. Several government officials, in particular, wanted to prevent her from planting trees or speaking out against injustice. During the 1980s, Maathai protested the government's plans to build an office complex in a Nairobi park. As a result, she was beaten and jailed. Professor Maathai’s fearlessness and persistence resulted in her becoming one of the best-known and most respected women in Kenya. Internationally, she also gained recognition for her courageous stand for the rights of people and the environment.

In 2004, she was awarded the Nobel Peace Prize in recognition of her work for sustainable development, democracy, and peace—the first African woman and the first environmentalist to receive this honor.

In 2006 Professor Maathai joined with the United Nations Environment Programme (UNEP) to launch a campaign to plant a billion trees around the world. That goal was met in less than a year; the target now stands at 14 billion.

Maathai died in September 2011 at the age of 71, leaving behind a tremendous legacy, and work that continues today.

To date, the Green Belt Movement has planted over 51 million trees across Kenya to combat deforestation, stop soil erosion, and generate income for women and their families. What initially started as a plan to plant more trees soon became a movement focused on planting hope in the hearts and minds of people around the globe. Dr. Maathai fueled this broad-based grassroots movement by planting seeds of hope for a brighter future and empowering everyday people to discover the leader within.

What better way to celebrate black innovators than by learning from one of the most influential environmentalists in history? Today, we’re highlighting Dr. John Francis aka “The Planet-walker,” who has dedicated his life to raising awareness about humanity’s impact on the environment.

The Pennsylvania native was born in 1946 to La Java and John in North Philadelphia and grew up in the city with one brother, Dwayne. During the summer, he worked on his aunt and uncle's farm in rural Virginia. He helped them cultivate their own food by working the land. There was no electricity on the farm, so every day was spent working by the sun's rhythm. That experience had a profound effect on him.

In the 1960s, he moved to Marin County, California, north of San Francisco. The collision of two oil tankers in San Francisco Bay on January 17, 1971, changed the course of Francis’ life. Due to the environmental damage caused by the crash, he decided to avoid motorized transportation. Instead, he began walking. While Francis was walking about on foot, he sometimes encountered people who stopped to ask him about what he was doing, and he often found himself arguing over his decision to travel on foot with them and with friends and acquaintances.

As part of his vow of silence, he communicated through writing and gestures, as well as through the banjo. It was on Earth Day in 1990 that he ended his silence.

Shortly thereafter he accepted a position as project manager for the United States Coast Guard Oil Pollution Act Staff. Working in Washington, D.C., he wrote oil spill regulations following the disastrous crash of the Exxon Valdez in Alaska. In recognition of his efforts, Francis received the U.S. Department of Transportation’s Public Service Commendation. In 1991, the United National Environment Program appointed Francis as a Goodwill Ambassador to the World’s Grassroots Communities.

Over the years, John Francis has walked across the US on foot—hence his nickname, the “Planet Walker.” Other places he has walked and sailed through include the Caribbean, Venezuela, Brazil, Bolivia, Argentina, and Chile. He recently began a walk studying organic agriculture and sustainable development in Cuba and is developing Planetlines, an environmental education curriculum based on the walking pilgrimage for high school, college, and civic organizations.

Dr. John Francis is a great example of how one person can make a difference in the world, and his story provides us with many lessons we can all apply to our own lives. He has shown that it’s never too late to learn and change, that small steps add up over time, and that everything we do affects the planet. By taking these lessons to heart, we can each work together to create a more sustainable future for ourselves and for generations to come. 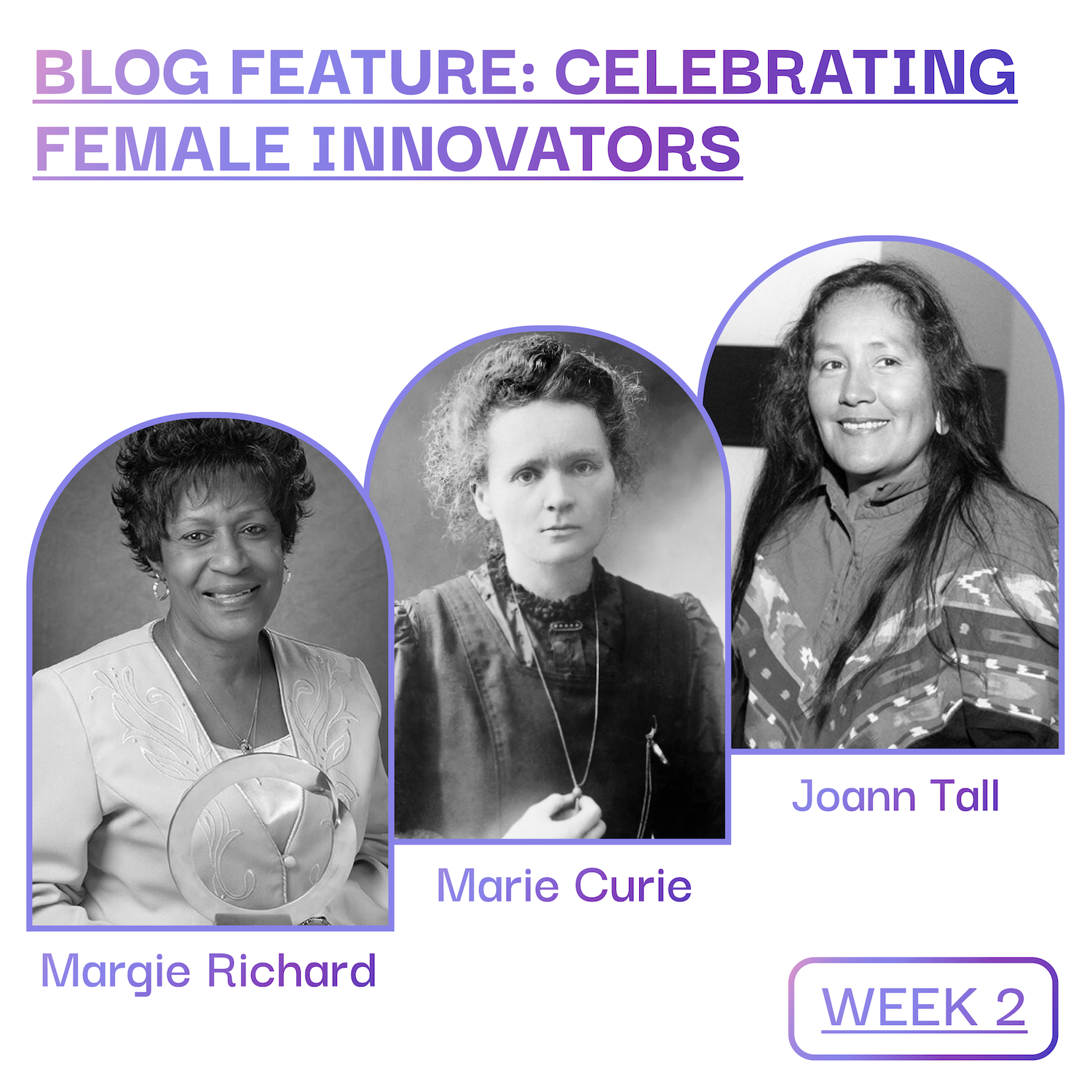 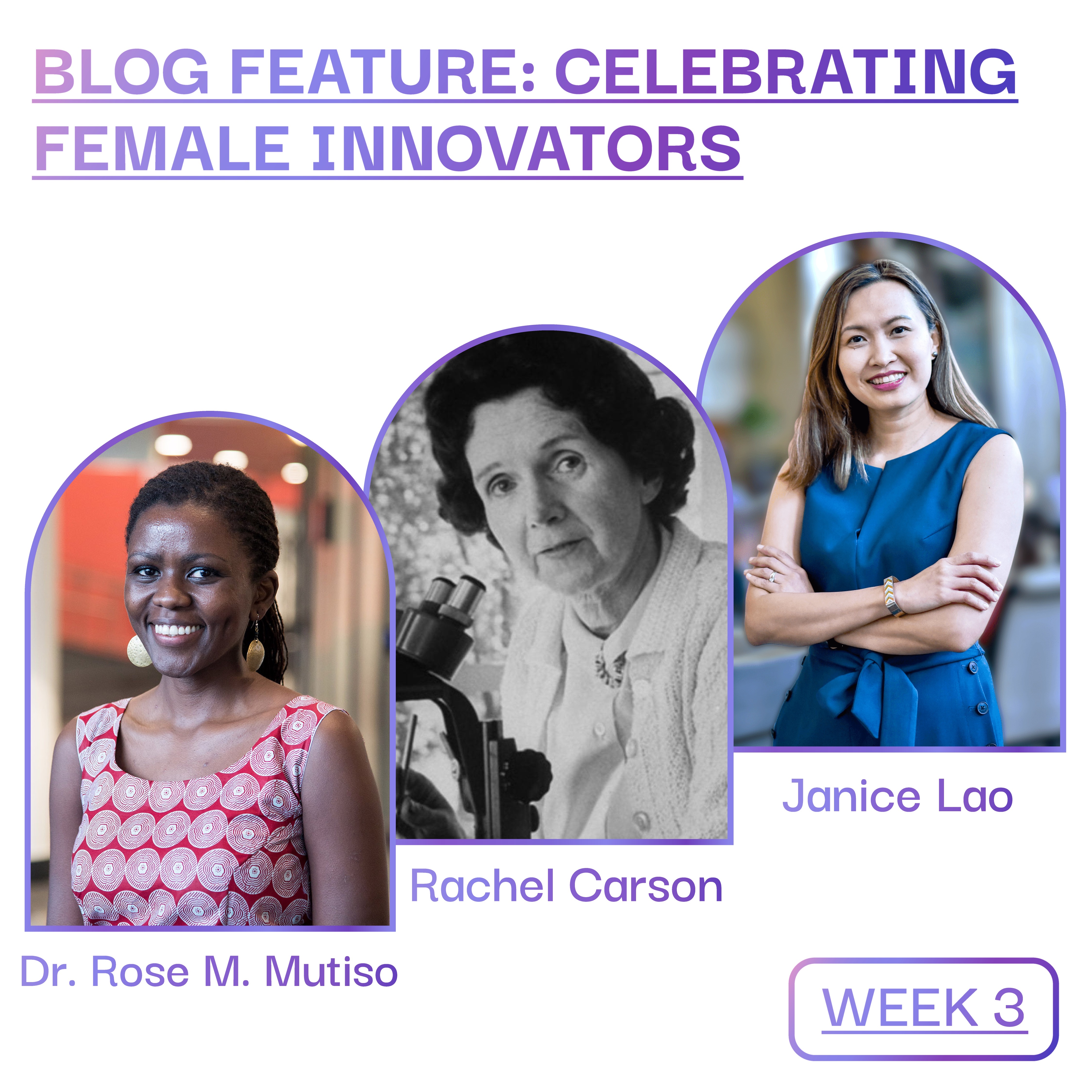 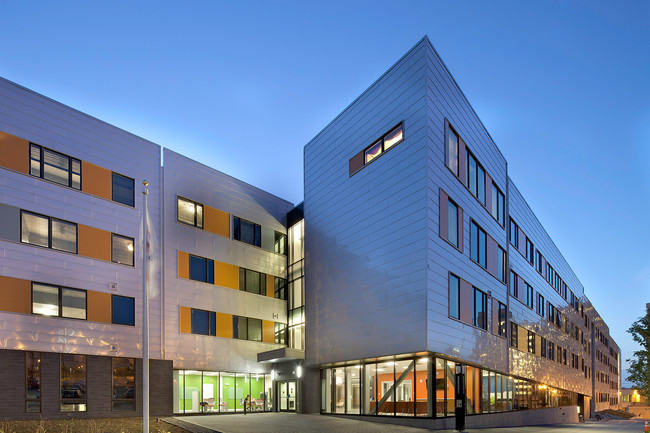 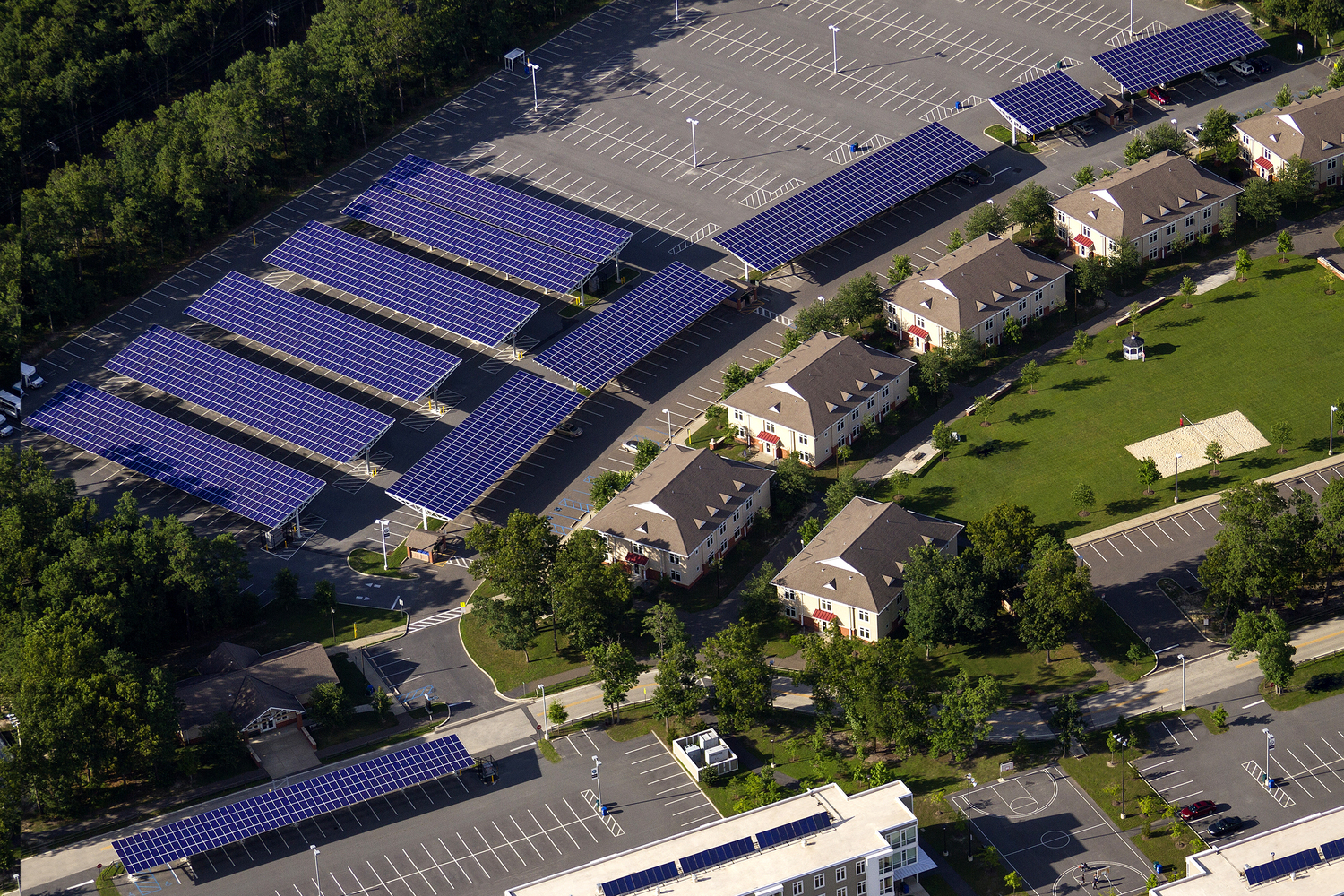